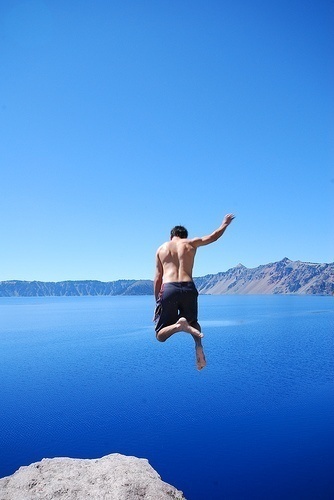 I still remember that day in 2007. It was the 17th of September. It was evening and I was stuck at the airport, waiting for my delayed flight at Hyderabad; making one of the biggest decisions of my life.

I had been offered a meaty role in a start-up firm, and internally had decided to take the jump. However, the lizard brain was nagging me and urging me to not go ahead.

I made two phone calls. The first was to my parents, to let them know about the switch in my life. They accepted my decision and told me that I was going to rock :)

The second was to the only man approachable and who had operated in several organisations in that role. He was and is a role model; Thomas Sir. I had not spoken to him in the past three years, yet he immediately recognised me and asked me what he could do for me. I told him my background and told him that I was thinking about joining a start-up. Pat comes his reply, if you want to work in Cleartrip, I can see … all said and done, the amygdala was quietened.

At the end of the conversation, he told me one thing –

After this, there is no looking back

I did not fully understand the depth of this. I think after 3 years, I am getting it. After that jump from the corporate wagon, I don’t think I will be going back to a large corporate. Ever.

However I am only human and when I go through a rough patch in my life, I make the mistake of looking back to the day I made this jump. The moment I do this, I remember that one piece of advice … I move on.