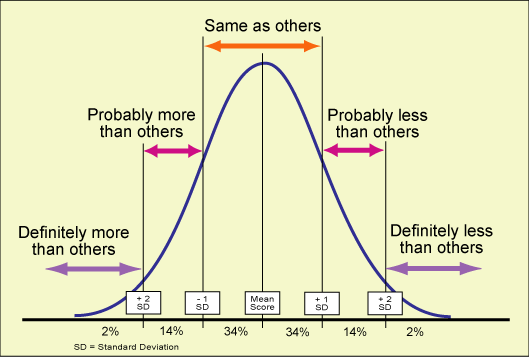 No, I deliberately wrote it as Hell instead of Bell.

Managers who have run teams must surely know this model. A friend of mine works in one of the top IT organizations this country has, every year he worries incessantly about how he is going to survive appraisals. Not his own, he is consistently in the top 10% of the firm, but his teams.

The problem with this rule is that managers are forced to take under-performers and average team members as opposed to top performers. This is so, because when appraisal time comes, he cannot appraise everyone as a top performer. So if he has more than 10% of his team putting their hearts into the project, then after a year, someone will get an unfair assessment … someone will be disappointed in his superiors. Someone will get disillusioned. And that someone would be reporting to the manager who appraised him.

The only solution available for the manager then, is to select a mediocre team and hope that they deliver the project. An entire organization that runs on mediocrity!

My question to HR personnel then are two-fold –