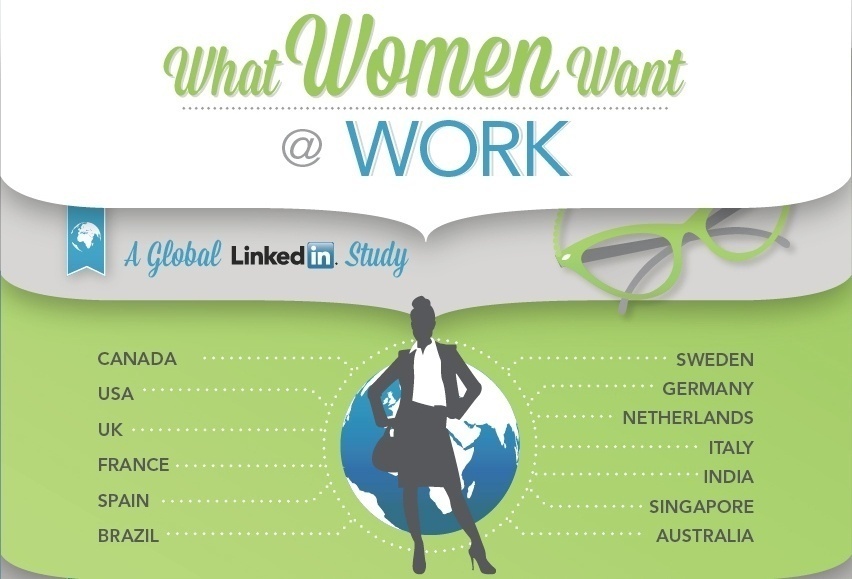 LinkedIn had done a survey among career women and came out with this brilliant infographic. It’s encouraging to see these trends … stuff such as around half the women surveyed considered their appearances did not play a major role in their career. Was this questionnaire designed by an sexist? Jokes apart, I really like the fact that a majority of the problems faced by women are pretty much the same as that of men.

So, if the answer to this post is what Men want … well, then every one knows that all offices will have a giant screen TV airing cricket/football, a fridge full of beer and a comfortable sofy at every desk!!

Yes, I am still clueless about what they want :-|