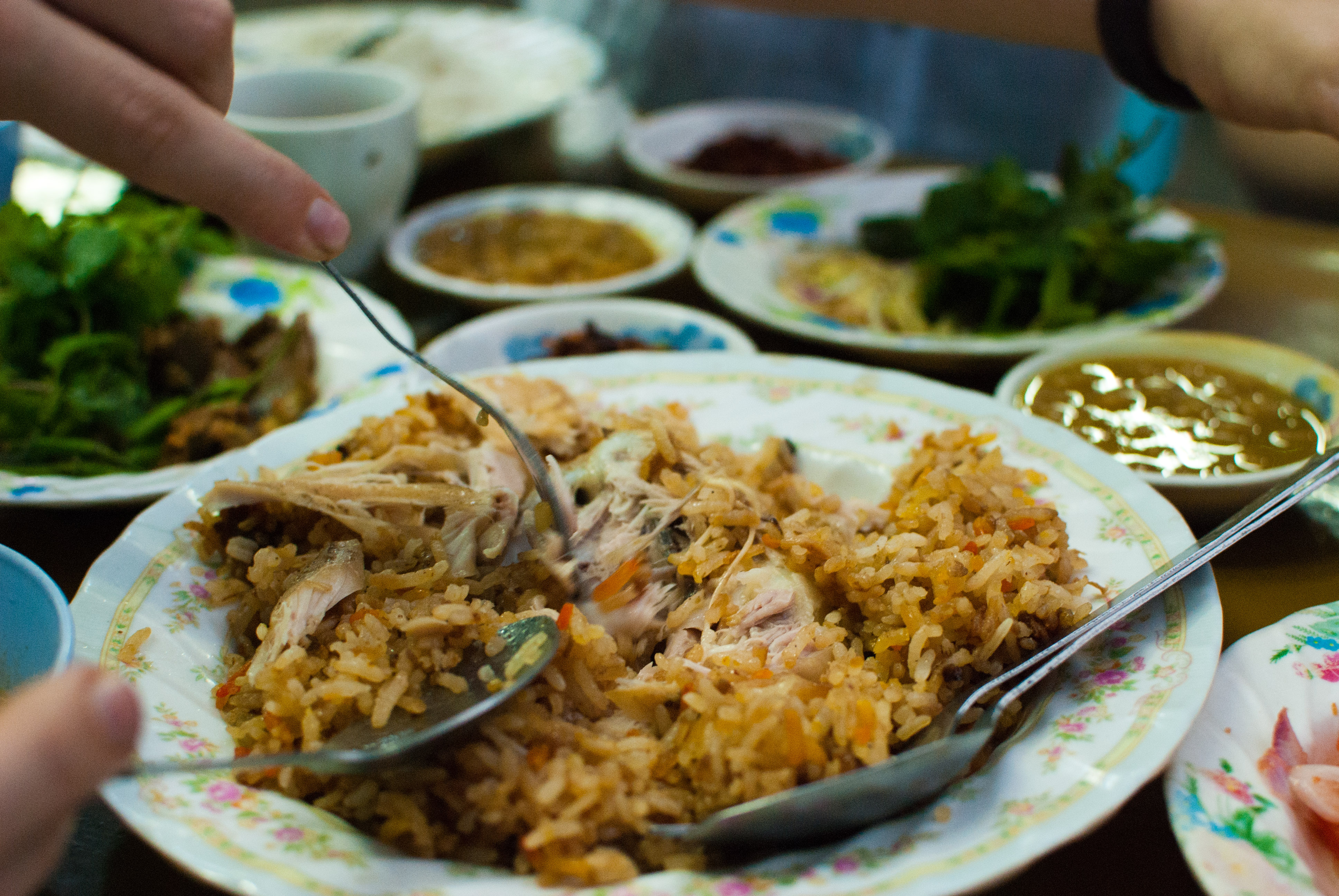 Our intern at eYantra, Mitesh(IIM-Indore Batch of 2009) is having his last days here, he has had a blast till now (or so I would like myself to believe). Today he gave us all a treat at Bawarchi’s, for lunch. Having never been there, I obviously was excited to go there for lunch. Taking 2 bikes, the party of four left for the place … sadly, the place was closed. All the great plans were dashed … why was it closed?? Because of some strike against the hike in petrol prices!!

Fortunately the indominatable Indian spirit came to the rescue; We noticed a man standing besides an alley infront of the popular restaurant. He was gesturing towards us to follow him. He led us through a back door, into the kitchen of the restaurant and finally into the restaurant itself!! The place had so high an opportunity cost of being closed, that they were opening it despite the strike. How awesome is that.

The Bawarchi biryani is really famous for its taste and the clean, soft chicken. The portions are aplenty, and it takes a huge stomach and a healthy apetite to finish off an entire plate. Burrpp!!

Afterthought – We need to have more interns like Mitesh here!!

2 thoughts on “Biryani at Bawarchi’s”