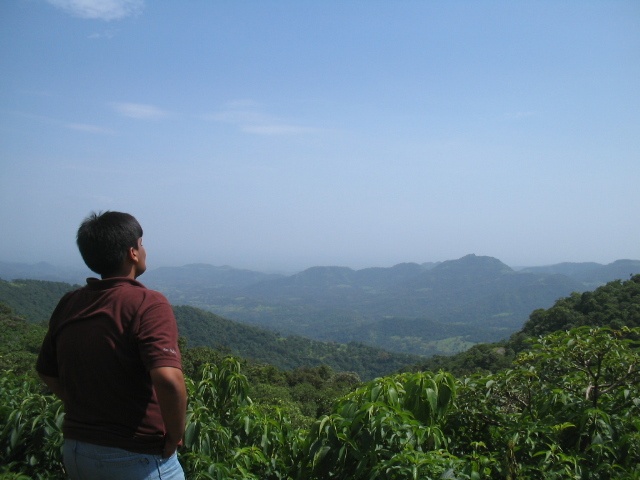 When I was a toddler I spent my days in Parel (or Lower Parel as some of you now would know this are), my grandfather (god bless his soul) who was the dean of the only veterinary college in Mumbai was given a huge facility for his family to stay in. This included a research lab, a bungalow, a sprawling estate and staff to support.

Life was good, the estate boasted of many trees and plants … as a kid I used to think that there was a jungle in my grandfather’s complex. I had my favorite tree in that jungle, it was one huge neem tree, with its branch grown like a low overhang. My sister and I used to hang out (literally and figuratively) on that tree. To me that tree was the epitome of strength.

We grew up, I  became “healthy”. When I was ten, my grandfather was set to retire from his post … Arati and me decided to bid our last farewell to our tree. We sat on the heavy trunk … and started jumping up and down on that tree … the trunk was swaying!! That added to our excitement and we jumped some more … the poor tree could not take that much strain, and the trunk eventually broke!! Both of us were aghast … to see our ideal in such a shape, and we being the cause of it; all that was too much to bear for us. I think that was the first time I took a life (I am not counting all the chickens and goats I had eaten before that, since I had not cut off their necks – I just ate – so gimme a break, I was a kid ok?).

We moved to Vile Parle, where we had bought our own place – a small 1BHK. My mother LOVES plants, so our entire window grill was filled with different flowering plants. I remember my childhood specifically for this nurturing atmosphere. Soon, we moved into a larger place, which had a terrace – we promptly decided to make a terrace garden. I adopted my first plant – I used to water it, and care for it, enjoy the flowers that came … I saw the seed grow into a full blown vine. We also planted saplings around our building and watered them. Now almost two decades later, the peepal and the jambhun tree that we had planted are giving shade to the entire area within that colony.

If we get so much happiness out of taking care of plants and if it benefits us so, then why do we indiscriminately keep on cutting trees down?

This is not an epiphany that I had. It’s not a structured plan that I have been working towards for the past 20 years of my life either. It’s a thought that I have chosen to take up.