Yesterday as the entire nation celebrated it’s 64th Republic day, as different brands and people were happily swinging the tri-colour in the air, I deliberately chose NOT to post a tri-coloured image on my blog wishing everyone a Happy Republic Day. It has been 64 years for the country and frankly speaking I am not celebrating. There is no reason left to celebrate.

As a libertarian, it does not matter for me where I stay, as long as the establishment does not interfere with my personal life. I will continue paying taxes, and life will go on for me … but sometimes when I think about my children, I get scared. Not because of the hyper-competition in the Education sector or the difficulty a parent has to face to secure admission for his children, but because of the sheer rut in which this country is in and how it threatens to endanger their very lives.

Women in this country are mistreated and the media causes a furore … the case is discussed across the different media … and soon things go silent. A politician is caught red handed filling his pocket with the country’s money, a committee is set … media wags their tongues and soon afterwards, things go to normal. I also add to this problem, since I do not really do anything. What can I do? Vote?

The bureaucracy wheel shows the largest potential … since its the largest. The problem is that it takes a lot to make it turn, and it is more or less stationary. When calamities shudder the country (the vehicle in our analogy), then this wheel comes into action. But until then, its fairly stationary and has a large inertia.

The corporate wheel (this is the wheel with which I identify the most) is a dynamo on its own. It’s running wild, its spinning faster and faster … in fact its currently the only reason why the vehicle is going anywhere. However, with constant lack of co-ordination from the other wheels, this wheel is beginning to wear down. The rubber has burned away and slowly the support it has given is depleting (the Tatas, Birlas are no longer Indian citizens … and many more in this list).

All in all, the entire nation is being taken for a ride and the automobile simply is not going fast enough.

How did we get here?

Arrogance, Ignorance and Incompetence. Not quite sure in which order, but definitely in epic proportions. However, there is no need to cry over spilt milk … what that done has been done.

The more pertinent question is how to get going? For the more patient there always is the Reform Thyself adage … which might come to fruition in a century of self control and discipline. The activists will always suggest change and overthrow and morchas, however that ain’t happening … we already know what happened with Mr. Hazare and his fast. The passivist will write a long blog (or article) on this issue and get on with their lives. That’s pretty much what I will be doing! 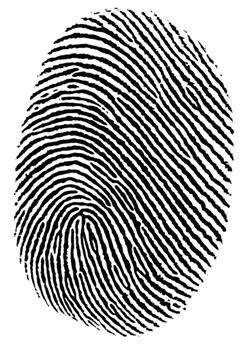 There used to be a fine oak tree, in a lovely green meadow. Over the years it had grown to be a sprawling tree with lush green foliage. Travellers would often come to that spot seeking relief under the cool shade of the tree. As time went by, the oak had an acorn, and the acorn was of age.

As time would have it, the acorn finally fell. It rolled a few feet away from the tree (as they say … the acorn does not fall far from the oak). The acorn turned into a small plant and found happiness in the shade of the oak.

Many years passed, and the plant remained a plant … it suffered from stunted growth and did not fully grow into an oak tree. The plant was competing with the oak for water and minerals and it was not getting any sun shine due to the oak’s shade. The plant remained a withered shadow of the oak. The oak noticed this, and felt sad … the acorn should have been a full fledged oak by now, yet here it was … a sapling living on the oaks resources.

In some years, the oak tree (now old beyond its years) fell ill and began to falter. It was fast losing its leaves, and looked a shadow of its former self. Woodcutters noticed this rich source of wood and decided to bring this sick tree down. Along with the sick oak, was also a weak sapling. The woodcutters took pity on both the trees and chopped them off.

Travellers who often passed by that meadow still talk of the oak tree … but few remember the weak sapling.

How many people do we meet that fail to find a voice when the occasion demands and find their identity?