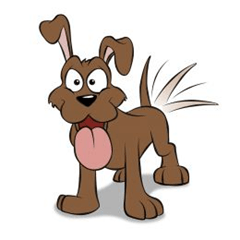 Dog’s are a man’s best friend. They are considered as faithful, loyal and will always be there to lift you up. A dog will fetch things for you and do silly tricks such as sit, roll over, etc.

In different companies, there is one such breed of employees. Don’t get me wrong, I am not objectifying people, and this is an analogy, if anything. So this breed of employees … they behave in the exact manner like dogs.

They are generally taken from the street or from the wild, they do not have any formal skill set with them. It’s probably because of this reason that they are extremely loyal to the company. They are willing to go the extra distance and spend more time in the office working unrealistic deadlines and striving to satisfy their masters.

Obviously, who would want to say no to such employees! Right?

Well, wrong!! Change is the requirement of all organizations, especially the small ones and the ones which are growing at a fast pace. The problem now magnifies is because you can’t teach an old dog new tricks (yes, I wanted to work this cliché into this post!!). Any organization that is growing at a fast pace (60% – 100% growth YoY) would require such a huge influx of talent, that the loyal dog would now be forced to question his erstwhile unquestionable value in the company.

This is the risk, and it’s a huge one. Why is it a risk? Because at some point in the founder’s life, this loyal employee has done a favor and worked in ridiculous conditions. Now that the dog is tired and cannot do anything new, it has become a liability for the organization. Not only does it sadden the person, but the organization cannot put this figurative dog to sleep.

So if you are an entrepreneur or about to start your firm, do yourself a favor and do not hire dogs.

This phenomenon is not restricted to start-ups:-) Most “Big” organisations are not very different.
I feel HR / Organisations are lazy and want the easy way out. Have a template of qualifications and experience required to hire, short-list such people thru employee referrals and employment consultants and then hire them.
Why take the risk to hire people outside the template and take efforts on them?
In case you follow sports, the recent example of Jeremy Lin is a very good example of the malaise which also exists in our hiring practices. I am sending just one of the millions of articles on him. I think, Malcolm Gladwell also has a few artcles on a similar theme.