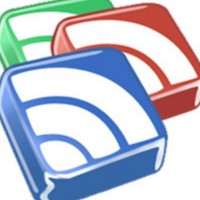 Google is one organization which I will always respect. The amount of products and web apps that it has released over the years is awesome … it’s not that other companies are not releasing as many products (if not more!). What gets to me is that the sheer number of products that Google releases which I FIND USEFUL.

I agree that as an early adopter I am one of the first to sign-up for betas and also lucky enough to get sneak peeks at a few private betas. However, in any given day the amount of time I spend using Google products is as high as 5 hours (and I am not even including Gmail! Else it could be twice as much).

One such product which I use was Google Reader. Now if you have been around the Google EcoSystem, you would know that Google has decided to pull the plug on Google Reader. Having used Google Reader for the past 8 years, this has come as a shock for me … I have read, shared and liked literally thousands of articles on this great feed aggregator. I realize that over the months, the usage was dipping down .. especially after the integration of Google Plus!

Here’s my small note to a dear friend –

We had some good times didn’t we? All the starring … and the liking … and the sharing … and even sending a few emails. I always considered you a social network of well informed readers and intellectuals. A social network which was not about looking at photos, but about reading good content.

The great thing was that I could find out which content my friends are recommending and filter all the crappy content out and read the good stuff. You made that happen … and for that I thank you.

All good things have come to an end I guess … and tis with a heavy heart that I am abiding you farewell. I am considering Feedly as your alternative … but Feedly will not replace you. It will simply function as a feed reader which I sorely need.

I will miss you. Rest in Peace.