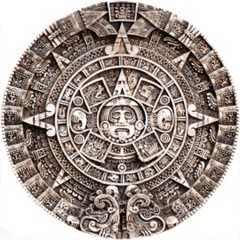 Today is the D-Day, the day when the Mayan calendar runs out … and thus, leading us to think that the world has ended. What were they really thinking?

In almost all civilizations, this day has been predicted. We Maharashtrians have an end of the world known as pralay. This literally translates into the great flood (Noah! Where art thou?). Interestingly enough the reason for this is pretty much the same across civilizations, that mankind has become decadent and corrupt in its glory and technical superiority and the gods have decided to end all mankind. Think about the mythical continent of Atlantis and how it ended. Yes, it’s a myth … but stories are told to enforce beliefs.

Another source of media supporting this idiotic notion is Hollywood movies. With movies such as Deep Impact, I am Legend, The Day the Earth Stood Still and The Day After Tomorrow making big bucks, it simply makes sense to talk about the end of the world to get attention in the media (like this post for example!).

I still have not seen the retail brands out there taking advantage of such an event. If I were the owner/marketing manager of a retail brand … I would declare a sale and call it the End-of-the-world Sale!! Yes, its an original thought!

So, what are you going to do to handle the end of the world? I just celebrated 4 years of happy marriage with my wife yesterday. I intend to continue doing so for the next 40 years to come! End of the World … phhh … not for me. I use Google Calendar.

2 thoughts on “As the World Ends”