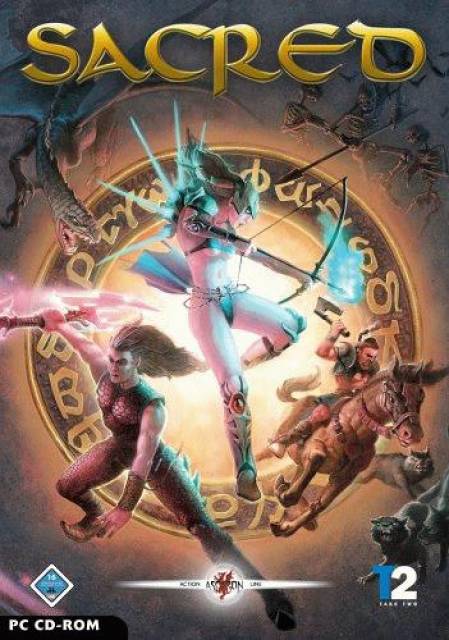 I am a huge fan of role playing games, the ease with which you can get lost in them forgetting reality is simply awesome. Diablo series is just a case in example, more to follow that I played were Dungeon Siege series, KOTOR, The Elder Scrolls series (Morrowind and Oblivion), et al. Gimme any RPG and I will spend days on end happily clicking away at the monsters that otherwise would have spiralled the world into doom. I am a RPG-whore :-) (Sharma and Ashish, PG-13 levels reached??).

So, I could not help myself from downloading and installing the Sacred series (awaiting the release of Sacred2: Fallen Angel :-) ). The game is pretty much like a Diablo2, with a choice of six different races, and spells and different skill trees, et al. What sets it apart, and I feel it is the money making factor here, is the ability of the character to get into a non-linear game play style. What I mean by non-linear is that the player does not necessarily have to stick to the main game plot ala Diablo, but can go on the side plots and keep on playing them ala Oblivion. How cool is that!?!

The environment graphics are not that well done, slightly 2Dish but the gameplay is pretty decent. Kudos Ascaron Games :-) … my weekends are booked!!