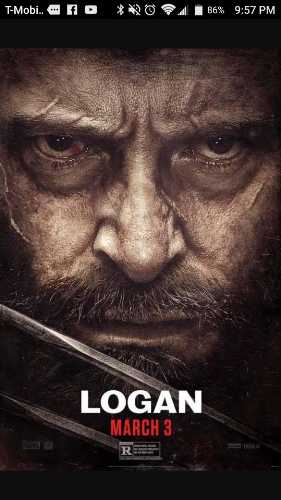 When the first X-Men released, it was more than 17 years back. It was not a major role since there were other heavy hitters in the movie as well.

The character was rough around the edges and it always had a lone ranger kind of aura with it.

The one word description for this character has always been bad-ass.

The movie series is excellent at doing some base level course corrections – one of those being the horrible yellow spandex suits that Jackman never got to wear.

X-Men fans loved the first, and then Hugh Jackman became a regular feature in all the other movies. So much so that despite of the other X-Men being introduced (Nightcrawler, Iceman, Colossus, Gambit, etc) the one character that everyone yearned to see time and again was the Wolverine.

The Wolverine does not have an issue with aging, in fact that’s his mutant power, however, the creators of the series and the movie series knew that the character would have to be killed. This is where the adamantium that’s in his body came useful.

Logan the movie is created in order to phase out Hugh Jackman as the Wolverine and bring in his daughter. The young and feral Dafne Keen.

In this movie, Logan is shown as a tired Wolverine who is slowly dying because of the adamantium in his body. We also have an Alzheimer ridden Professor X who bids adieu to the series as well.

Fans of the series will realize that Professor X is the only character in the movie series to have been killed twice on screen (thanks to the Days of Past storyline).

I won’t get into the plot any deeper. This movie is one of the most grittiest and goriest X-Men movies to be every released. Some of the signature movies of X-Men feature slick moves and awesome super powers … Logan and Wolverine are the two movies where there is a fair amount of gritty hand-to-hand fighting. If you want to see how those blades are put to use, then you definitely need to see this one!

After 17 years of hit movies, Hugh Jackman gets to hang the Wolverine claws at the back of his den and relax.