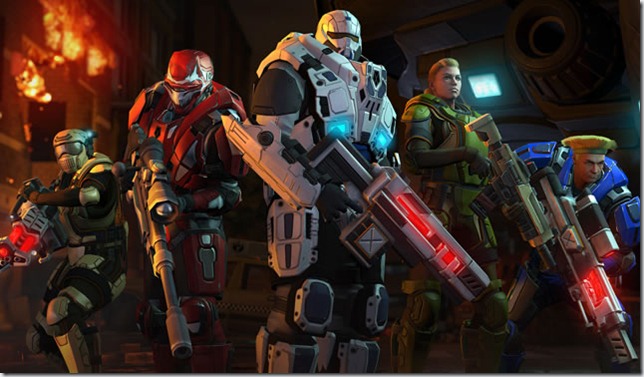 So, why does Hollywood and the entire gaming industries pit the aliens versus the human race? So if an intelligent race found signs of life on Earth, would it’s first reaction be to kill it or to move towards its annihilation? What would you do? Would you not first study it? Find a means of communicating and then communicate?

But no, the basic premise of almost all games is that the aliens have invaded, have superior firepower if not fierce claws (and sometimes both!!). The humans have to rally back and kick some alien ass. XCOM is no different.

If you are a fan of this game, stop reading this post here itself, I am not going to go ga-ga over this sorry excuse of a 12GB install game. And so shouldn’t you!! If you do remember the previous versions of XCOM and its expansions, then that’s pretty much that is there to this current game … with some pretty graphics.

The basic story is this, the aliens have attacked and are not leaving any prisoners. You are in charge of a high profile team made by technicians, scientists and soldiers across the world. The major countries are funding your outfit, and that means protecting each of these countries against alien invasions, figuring out the alien’s technology and building your own superweapons. Your soldiers gain powers and experience as they kill more aliens.

The game play has improved a bit and most of the tactical game is fun to play, but it does get a bit monotonous towards the end. You end up moving one turn and then going into Overwatch for each of your units. If you have not played any of its predecessors, then do give this a whirl (just the demo will suffice).