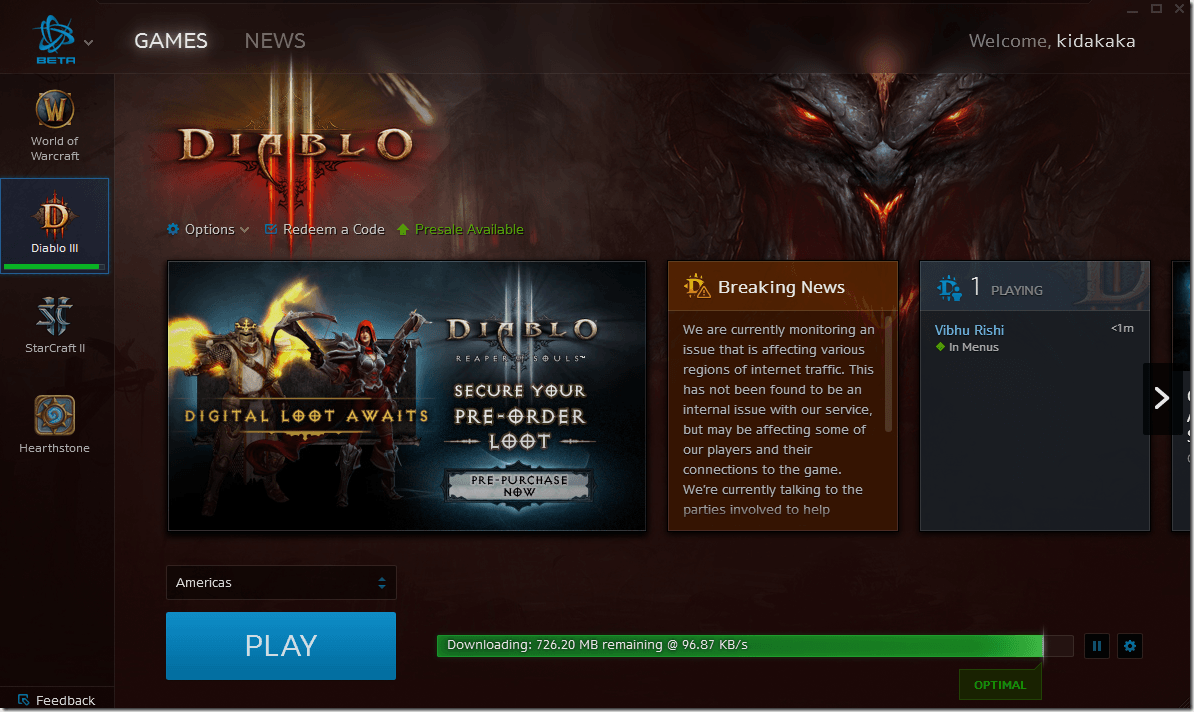 I am a huge fan of Blizzard. In fact I have pretty much played everything that they have released … right from Blackthorne (a 2D Scroller) to Warcraft Series. World of Warcraft is one of the games where I have paid more than 1000 USD to the company before I realized it was eating away into my life. One of the main features of the Blizzard games is the custom launcher which will download the game and set it up for you … the launchers that Blizzard makes are fairly awesome and aspiring game design firms should learn from them … this taunt is remarkably true for the TESO MMO and the Star Wars MMO. I believe RIFT is the only game which has done a better job with the launcher, the rest are languishing far behind.

The only complaint I had with the Battle.net system was the ridiculous account security and password rules. Everytime you have to play the game, you have to keep the password in mind … it studies your account usage and even emails you when it detects an off pattern. All this pretty much ensures that when you are playing hookey at work (who does’nt) and sitting at home and playing a raid on WoW, it will ask you to reset your password! Not to mention the requirement to enter your password everytime you want to play.

However, with the new Battle.net client, this has stopped!

This week I installed the new client because I wanted to give Diablo III and the latest patch a whirl. I had heard too many good things about the new Loot 2.0 system to not do this!! More on Loot 2.0 later.

The new Battle.net Client has integrated all the games in one client (quite like Steam or Origin) and has also made account security a part of this software. So when I save my login, I do not have to enter my security credentials all over again. This is awesome … no more getting stuck on login screen trying to cook up new “strong” passwords.

The cool part about this client is that you can also choose to install the games on different drives of your computer. So no more worrying about your drive filling up and not being able to download the latest update.

Up until this week, I had pretty much given up on wanting to play any more Blizzard games. Especially with Valve releasing a slew of DOTA2 updates and Grinding Gear Games showcasing their Sacrifice of the Vaal expansion, it meant lesser time to play other games. However, the D3 team has something going here … the new Battle.net Client looks to be just the start!