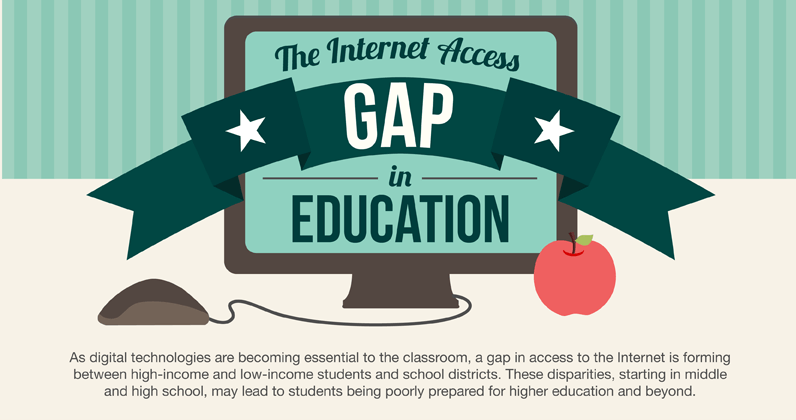 I had earlier posted about how developing countries are shifting towards online learning. Little did I think that are educational institutes updating their physical infrastructure at that rapid rate?

Never would I thought that access to internet would be a problem faced by the students in the United States … well … now their learning is hampered because their schools don’t have internet! Seems like a first world problem … but the internet is slowly becoming a fundamental need. Roti, Kapda and Internet!!