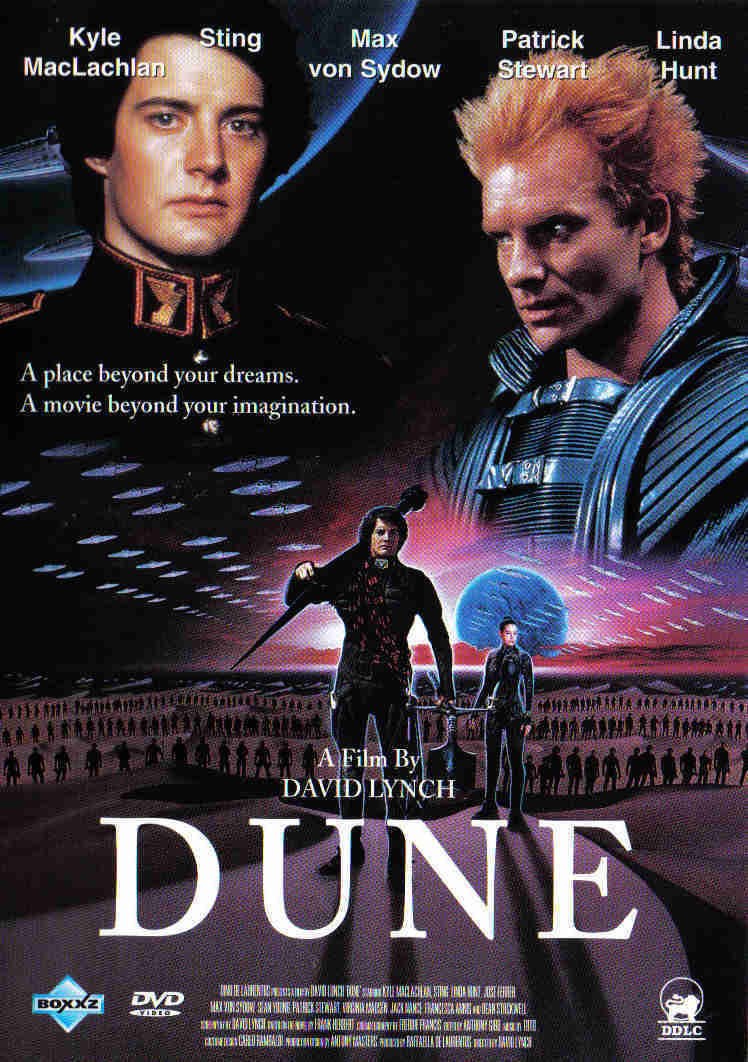 This is by far one of my favorite sci-fi novel series. I have read Asimov, but Frank Herbert (and his son in later parts) have really put together an interesting universe with Dune. If you haven’t read the book, I highly recommend that you read the entire series.

It was with great anticipation that I sat down to see the movie. Having played both the games (which did not do the series justice), I had some sparing memories of the movie during my childhood. Enough to know that Paul was played by Kyle MacLachlan, the movie had Sting as one of the characters and the fremen had cobalt blue eyes :)

The actual movie as all movies based on books go, was a big disappointment. The movie has been made in 1984 (ominous no?) so I did not expect much in terms of special effects. However the richness of the sets and the good print of the movie had me astounded. It was even a pleasant surprise to see a young Patrick Stewart play the very likeable Gurney Halleck, and a very young Sean Young (no pun intended!) play Chani.

Perhaps the plots and plots within plots were too much for the movie to capture, or perhaps the director was trying to save his ass post production, I do not know what went wrong with the movie, however the movie lacked that certain impact! Paul fails to impress and the Baron who is supposed to be the devil incarnate seems to be a flying lunatic homosexual at the worst :)

Really not worth a movie of 2.5 hours. Huge plots such as the Kwisatch Haderach, the Bene Geserit, the Voice, and Paul’s struggle against the inevitable Jihad are omitted. The original movie was apparently 4 hours, and it was excised to fit the 2 hour length by the producers. A shame, because there was no lengthy directors cut available then. A movie only to be remembered the fans of the book.